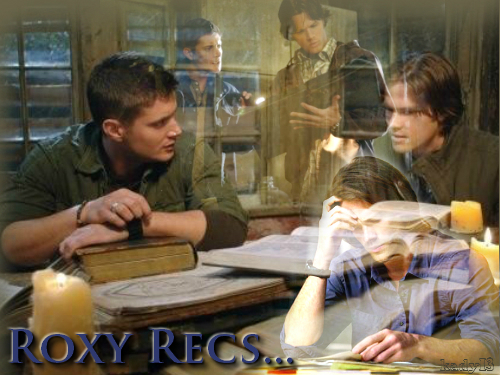 
Here are some stories that I really enjoyed reading. Me, trying to be a good fan person. :)

Complicated Neighbors by oschun
Jensen is happy with his simple life until a new neighbor complicates things.
This one is an old-fashioned J2 which means heavy on characterization and plot. Angsty, but she depicts it with a firm hand--it never goes over the top into 'woe iz me'. Trust me, a *really* satisfying read--just my flavor!

Closedown by gatorgurl94
Dean is an old hat at doing what needs to be done to protect Sam. It used to be habit, something he did because his father had told him it was his job, ever since the shtriga it’s become a compulsion. He was careless and it almost cost Sam his life. Dean can’t afford to ever make that mistake again. He has to be better, smarter than the monsters.
I'm not gonna lie, this is going to break your heart, but oh man. It's so GOOD. And gen. Right??? Sometimes I read that. :)

Those Who Favor Fire by Septembers_coda
The birth of Lucifer’s son created more than one crack in reality. When Mary and Lucifer were cast into one alternate dimension, Sam was cast into another, and Dean has to do the last thing he ever expected to bring his brother out of the fire one more time.
This story! It features Priest Dean, a lost and hurting Sam, and how things changed. Also gen. It's short, but amazing and packs a punch.
Collapse